Will the UK ban websites from taking credit card details for free trials?

The UK government shocked online subscription sites with its 2017 budget announcement that they were “developing proposals to protect consumers from facing unexpected payments when a subscription is renewed or when a free trial ends”.

The aim is to stop so-called “subscription traps”, where people who have registered for a free trial get charged for services they didn’t expect. This led to speculation on what exactly the government was planning, with major newspapers suggesting the changes “could include stopping companies from taking payment details when customers sign up for a free trial.”

Thousands of sites and businesses rely on subscriptions and free trials from Software as a Service (SaaS) to entertainment, shopping, food and health. Whether it’s a 30 day trial for Spotify or a month free with accounting software, they’re a fundamental part of the subscription business model and any change could have a significant impact on how these sites operate.

So what do these changes actually mean and will online subscription businesses have to change their approach?

What is a subscription trap?

Over 21% of people in the EU who have tried a free trial have reported having a problem with it, the majority in the cosmetics and healthcare industry according to a study on subscription traps.

Fundamentally a subscription trap is a free trial where a user’s credit card details are taken at the start of the trial and it is not clear that they’ll be charged for the service at the end of the trial.

Typically when credit card details are taken, a Continuous Payment Authority (CPA) is placed on your card. This means that the company can charge your card at any time in the future without your permission and for any amount. It’s a perfectly reasonable approach to charging for a subscription – you don’t want to enter your details every month or approve each payment, but it is open to abuse.

Subscription Traps usually happen when a site doesn’t make clear that signing up to a free trial means that the user is also signing up to a paid subscription, or automatically taking payments for a future subscription without warning. In one example, a user of food delivery service HelloFresh was unexpectedly charged £38 after their first “free trial” box. A customer of dietary service Weight Watchers took a free trial subscription and was told a specific end date, but was still charged for the next month and the end date was extended.

The two key problems come from:

·         Users not realising they are signing up for a subscription

·         Users being overconfident about remembering to cancel

A free trial gives users the opportunity to try out a service without having to pay but  for some subscription based businesses a  large proportion of revenue comes from the inertia and forgetfulness of people – they sign up then just forget to cancel the trial.

This doesn’t mean to say that all free trials are “subscription traps” but businesses must be very careful about how they approach them.

What are the government doing?

At this stage, there isn’t any guidance on what the government will decide. They have committed to publishing a green paper where there will be a consultation on subscription traps along with other changes to consumer laws. Although newspapers have sensationalised this as an “end to free trials” there’s really no indication that this will really happen and the government is most likely to follow the guidance of consumer bodies such as the Citizens Advice Bureau.

The European Union have also conducted their own investigation, concluding that there are good practices, illegal practices and a grey zone where the legality is not clear. Their focus is about enforcing existing legislation and educating consumers and businesses, rather than making major changes.

So, for now, the free trial looks to be safe but nothing will be clear until the government has published its proposals.

What does this mean for conversion rates?

For any subscription based business, the free trial is the biggest factor in the conversion process. There are two stages:

What should you do?

Legally, there is nothing you need to do at this stage and any legislation will take months, if not years, to come into force. Now is the time to start preparing, though. When Citrix switched from taking credit card details to offering a “no credit card” trial it took over a year to complete the switch and ensure conversion rates weren't harmed.

The key now is to make sure you’re following practical advice and testing your trials extensively:

1. Make it clear that users will automatically be charged at the end of their free trial

SEO software ahrefs is a great example of this. They make it very clear that you will be charged at the end of the subscription and how much that will be:

You may be concerned that the price will put users off at this stage, so its key to A/B test your messaging and ensure that it doesn’t harm conversion rates. Ideally, you should also be doing price testing to find the perfect price point for your service.

2. Notify users clearly when they are reaching the end of their trial

The most likely recommendation from the government will be that users must be notified a few days before their trial ends and told what will happen next. This could be as simple as an email to the users, such as this one from Lucidchart. The key is to make sure you keep selling the benefits to the customer here. This is their opportunity to cancel, so make your offering as compelling as possible.

3. Consider not asking for a credit card at all

This is the higher risk but most customer focused approach. By offering a trial with no credit card, you need to make sure that your trial is so good that people really want to subscribe. Additionally your trial to subscription route must be fully optimised to make sure you don’t lose valuable traffic there. Accountancy software Xero don’t ask for a credit card, with the hope that once you’ve invested the time and effort in setting it up, you won’t want to cancel:

When considering a “no credit card” trial, you need to be very careful about messaging. “No credit card” is a huge selling point for the trial and you need to make sure you are featuring this message throughout the site.

Fundamentally, all subscription businesses need to be running conversion optimisation on both their free trials and subscription processes. The key is to find the right combination of credit card/no credit card trial with messaging that is compliant with the “subscription trap” recommendations. Conversion rate optimisation and A/B testing approaches is the best way to approach this as you will have the opportunity to increase your conversion rate as well as complying with new legislation.

TwitCount Button
Get more sales or leads from your website by converting your visitors into customers
We work with clients large and small from all industries. Whether you want to increase ecommerce sales, generate more leads or enquiries from your site or create more affiliate revenue, we can help.
Find Out More
Return to blog
Subscribe for the latest conversion optimisation advice and case studies
Thank you! We'll send you an email whenever we publish new content.
Oops! Something went wrong while submitting the form
Awards: 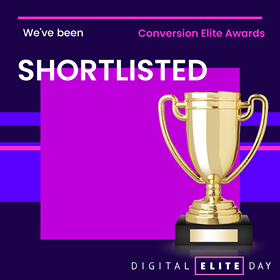